Three astronomers from Leiden University (the Netherlands) have shown that some asteroids that are considered harmless for now, can collide with the earth in the future. They did their research with the help of an artificial neural network. The results have been accepted for publication in the journal Astronomy & Astrophysics. 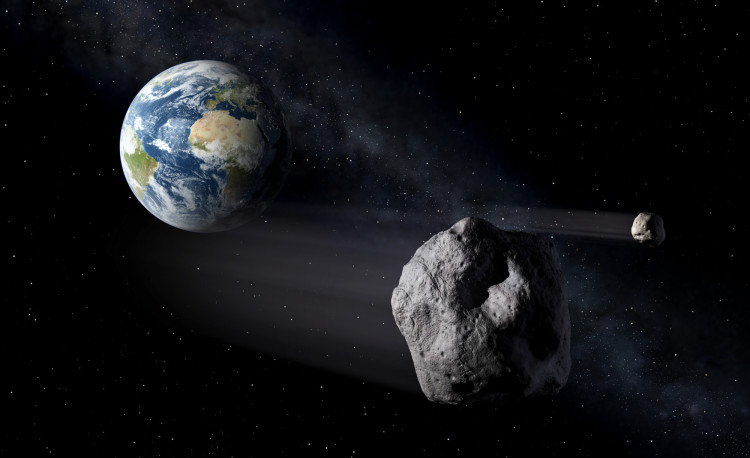 Using a supercomputer, the researchers integrated the orbits of the sun and its planets forward in time for 10.000 years. After that, they traced the orbits back in time while launching asteroids from the earth's surface. During the backwards calculation, they included the asteroids in the simulations in order to study their orbital distributions at today's date. In this way, they acquired a database of hypothetical asteroids for which the researchers knew that they would land on the earth's surface

Astronomer and simulation expert Simon Portegies Zwart (Leiden University) explains: "If you rewind the clock, you will see the well-known asteroids land again on earth. This way you can make a library of the orbits of asteroids that landed on earth." The library of asteroids then served as training material for the neural network.

The neural network can recognize well-known near-earth objects. In addition, HOI also identifies a number of hazardous objects that were not previously classified as such. For example, HOI discovered eleven asteroids that, between the years 2131 and 2923, come closer than ten times the Earth-Moon distance and are larger than a hundred meters in diameter.

That these asteroids have not previously been identified as potentially dangerous is because the orbit of these asteroids is so chaotic. As a result, they are not noticed by the current software from space organizations which is based on probability calculations that use expensive brute force simulations.

Earlier notice of asteroids on a collision course
According to Portegies Zwart the research is only a first exercise: "We now know that our method works, but we would certainly like to delve deeper in the research with a better neural network and with more input. The tricky part is that small disruptions in the orbit calculations can lead to major changes in the conclusions."

The researchers hope that in the future an artificial neural network can be used to detect potentially hazardous objects. Such a method is much faster than the traditional methods that space organizations use nowadays. By noticing asteroids on a collision course earlier, the researchers say, organizations can sooner think of a strategy to prevent impact.

Dutch version of this news release